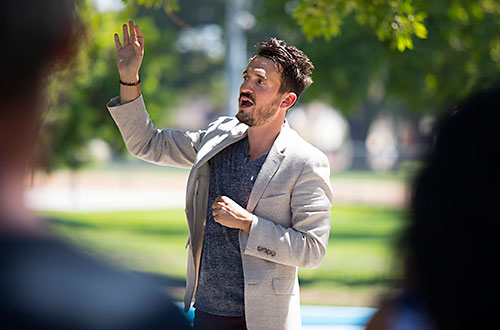 President, Michael Ceraso has been engaged with politics for as long as he could remember. While attending community college, Michael discovered that his school lacked the government and political career opportunities offered at a four-year institution. Michael went on to work on President Barack Obama’s first presidential run after he graduated from community college. However, he felt consistently behind his campaign associates who previously completed political internships, training programs and/or benefited from their collegiate networks. After working on several down ballot races, Michael returned home to earn his Political Science and Government degree from Pitzer College. His rise through the political ranks led him to manage statewide operations for presidential hopefuls Bernie Sanders and Pete Buttigieg. In between, he founded Winning Margins, an organization that lowers the barrier of entry for underfunded candidates who lack the financial resources and staff talent to compete. Most recently, he was a writer for the Claremont Courier. 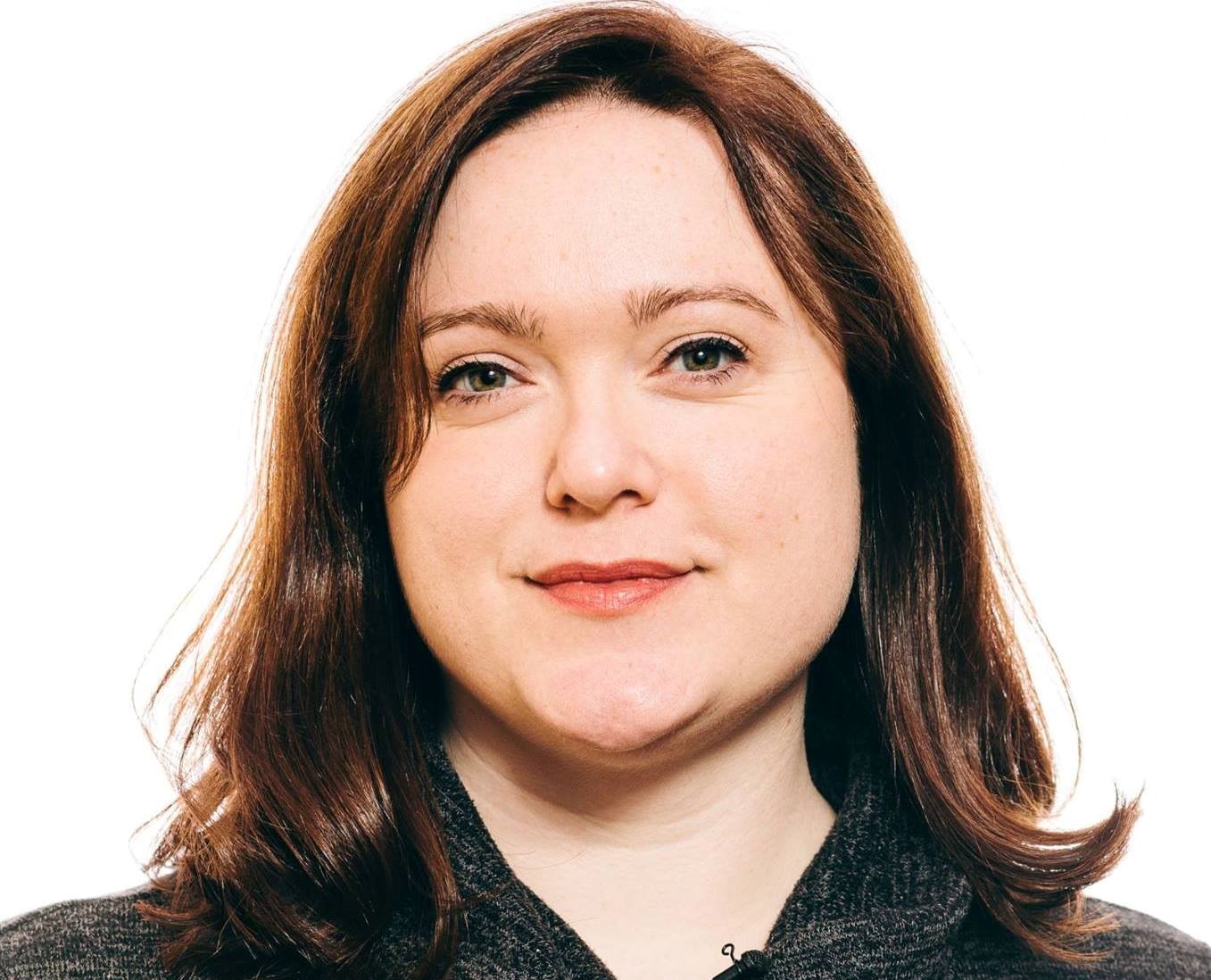 Treasurer, Julia Barnes has worked in progressive politics for well over a decade. She has organized for President Barack Obama, the New Hampshire Democratic Party, the Vermont Democratic Party, Organizing for America, and congressional, gubernatorial and presidential campaigns throughout the United States. She previously served as the executive director of the Association of State Democratic Chairs and as campaign manager for Tom Perriello for Governor of Virginia. Most notably, Julia served as the National Field Director for Bernie 2016, helping to earn over 13 million votes nationally. Prior to this, she was the State Director for New Hampshire for Bernie, winning the heralded “First in the Nation” Primary by the largest margin in history. Currently, Julia advises progressives running statewide and federal candidate campaigns, as well as national organizations and advocacy groups using electoral organizing to affect positive change for criminal justice reform, climate justice and healthcare for all. In the last year, she has consulted for People's Action, FairVote, Working Families Party, Real Justice PAC and others. 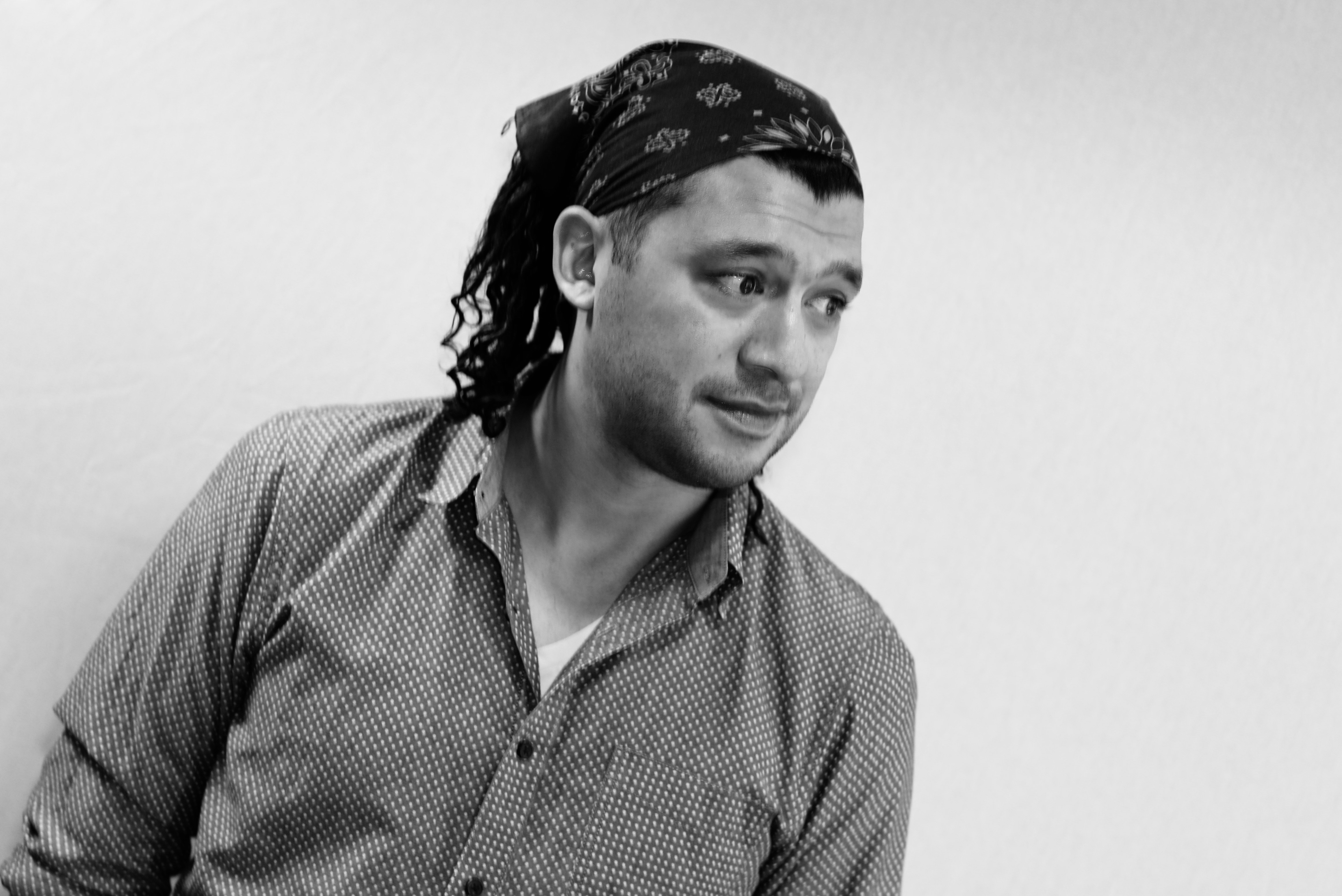 Secretary, Mark Perez was born and raised in Southern California but also spent a big portion of his life in the Chicago, Illinois area. He has been fortunate to experience a diverse sampling of this country's culture and politics. Mark has been passionate about social issues and causes such as environmentalism and civil right from a very young age, which is what led him to pursue a bachelor's degree in Political Science. He earned his degree at the University of Illinois, Chicago, where he also was able to serve an internship for the Illinois League of Conservation Voters. This non-profit environmentalist organization provided Mark with introductory experience and taught him some valuable lessons in political campaigns and grassroots work. As a professional, Mark has spent the past several years working as a Copywriter for a franchise consulting firm, where he wrote and reviewed business plans that included company histories, biographies, and financial projections. He was able to serve business owners from across the U.S. and he also worked with about as wide a range of brands and franchise systems as you can imagine. Currently, Mark is a freelance writer and editor. 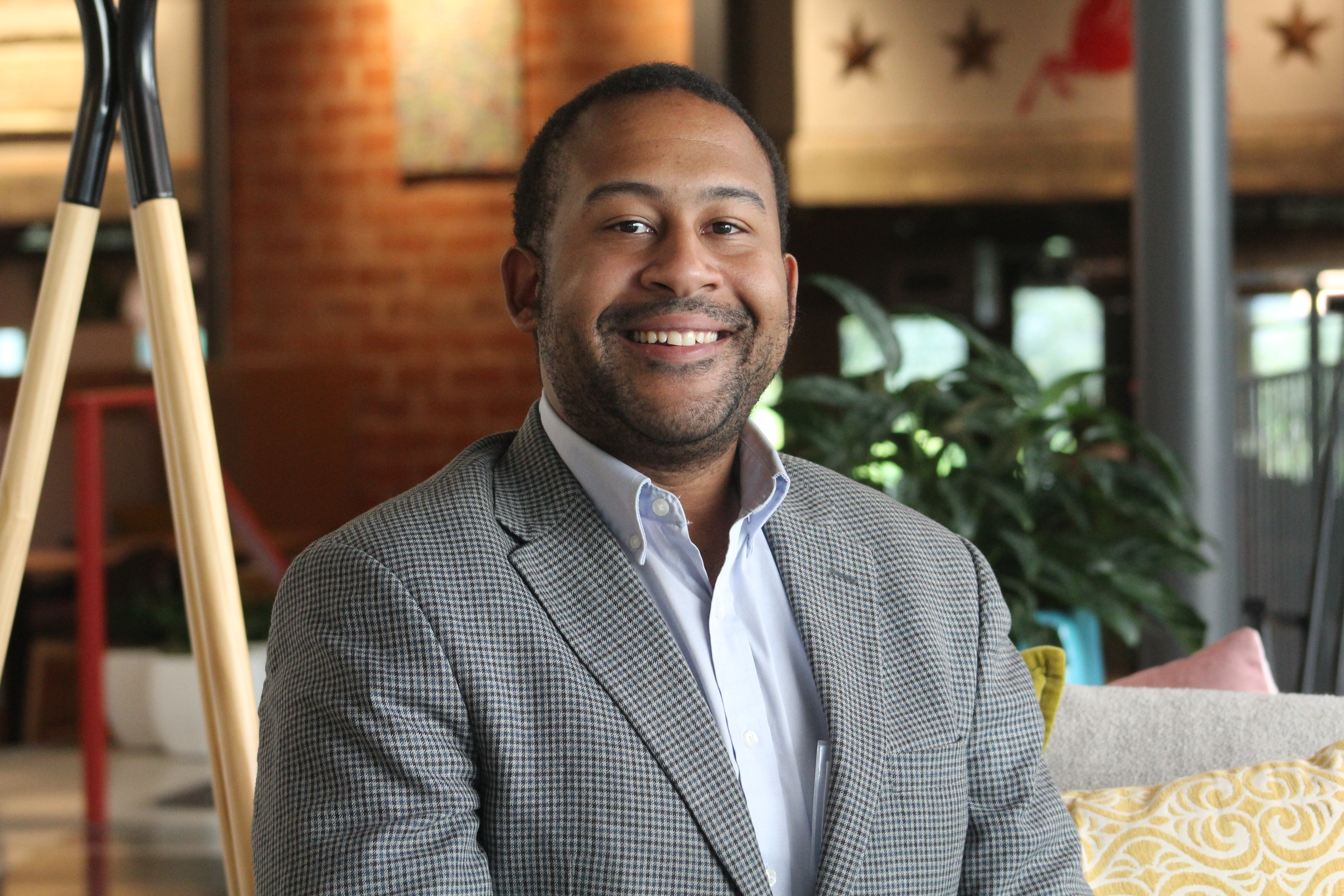 John Hill is the Co-Founder, Director, and Curriculum Designer of CAMP Fellowship. A Dallas native, Hill returned home to become a public school teacher in Dallas ISD. Prior to entering education, Hill served as a fundraiser for the Harvard College Fund and a communications consultant for mayoral and city council candidates in Los Angeles. In 2019, he directly influenced the successful nomination of three new Dallas ISD Trustees simultaneously, including the youngest trustee ever elected in Dallas and the first Latina, transforming the make up of the school board in the process. Most recently, he designed and implemented a voter outreach and mobilization program for a U.S. Congresswoman that led to her successful primary victory over three opponents, avoiding a runoff election in the process. In the past seven years, Hill has been a key adviser in over 20 successful campaign operations at various levels and has worked closely with local organizations to support candidates seeking office.

Hill received his B.A. in Government from Harvard University and his M.Ed. in Education Policy and Leadership from Southern Methodist University. 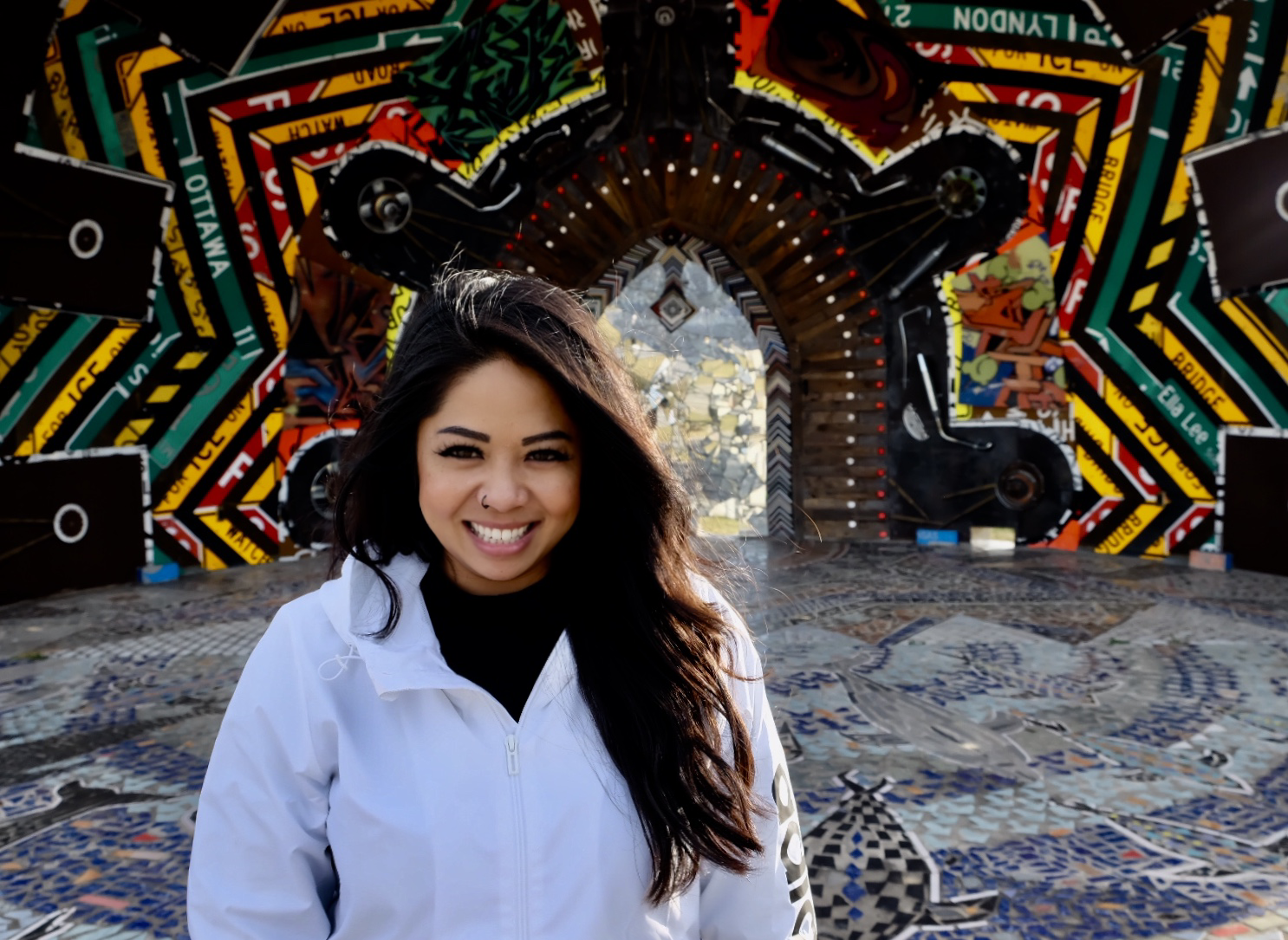 Linh Nguyen is a democratic campaign strategist and organizer at heart.

She comes from years in electoral politics both in Canada and in the US. In 2016, she worked for the Bernie Sanders presidential campaign, mobilizing communities on the National Political & Constituency team, spent 2017 on two governor races in New Jersey and Virginia, and during the 2018 midterm elections, was the Special Projects Director for the Beto O’Rourke for US Senate campaign. Linh specializes in building outreach strategies to reach communities of color, Asian-Americans, students, and millennial voters. Since November 2018, she managed two special elections in Houston, winning both that sent two Latina community leaders to the Texas state capitol, before jumping into the 2020 presidential primary with Sen. Cory Booker and Mike Bloomberg. Linh most recently launched a super pac, Pac that Ass (it's a real thing!): a rapid response incubator for politics, comedy, and culture that speaks to young Black & Brown voters.

Linh as recently made Houston, Texas her home and enjoys no longer living on the road. 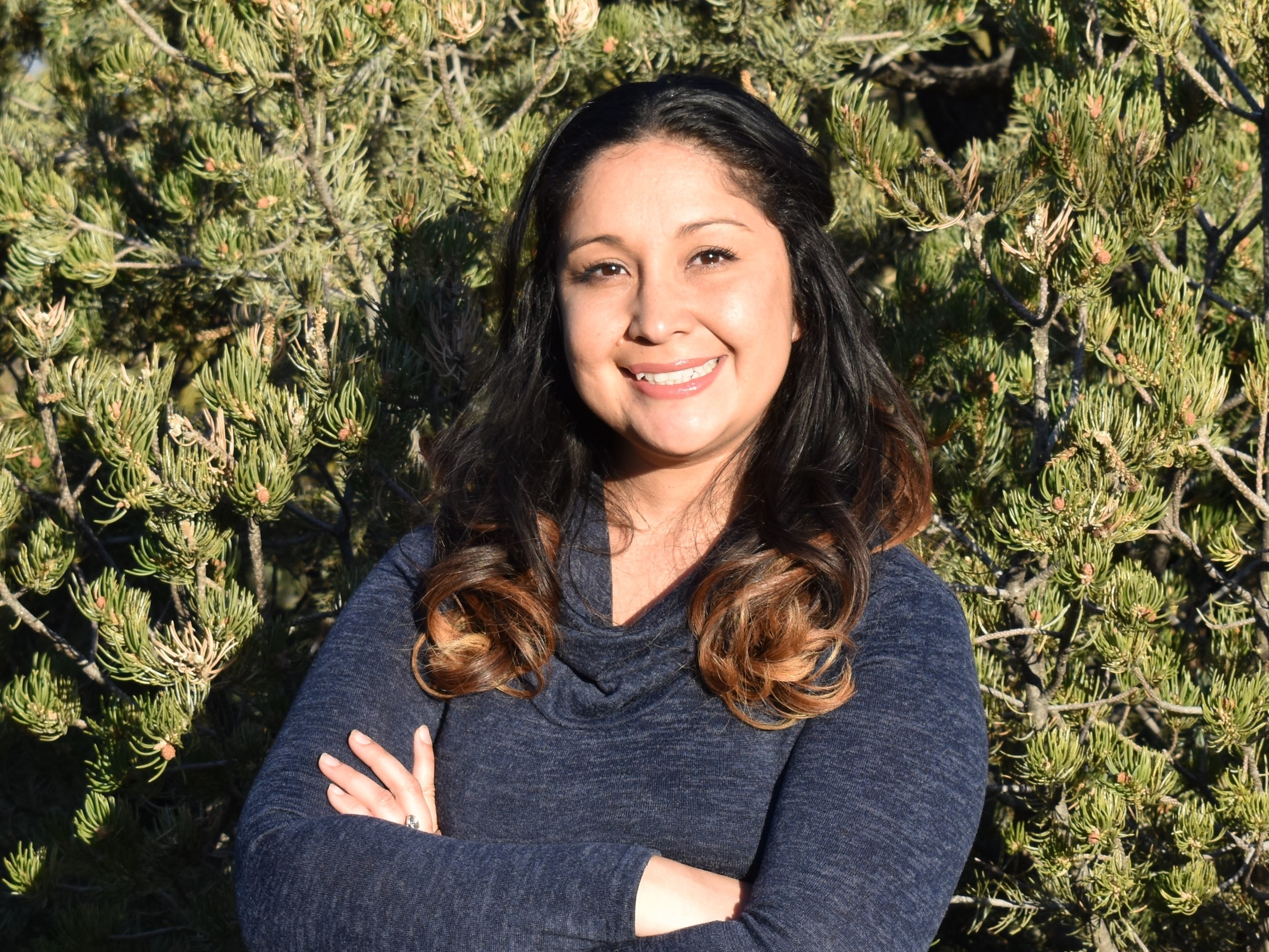 Linda Serrato first-generation college graduate with a Bachelors in Public Policy from Stanford University. She has spent her career fighting for New Mexicans and working families across the United States. Linda Serrato began her career, organizing communities in eastern New Mexico for President Barack Obama’s 2008 campaign. From Raton and Clayton in the North, down to Carlsbad and Hobbs in the South, Linda worked with organizers and community members on the 2008 election. As a community member in Santa Fe, Linda organized the Santa Fe Families Belong Together vigil where hundreds attended to protest Trump’s actions at the border. She is an active member of Big Brothers Big Sisters, an alumni and former boardmember for Emerge New Mexico, and a proud member of Raising Santa Fe. As the daughter of a lifelong union worker, Linda knows that if we work together, we will make our community stronger and create a better future for our children. 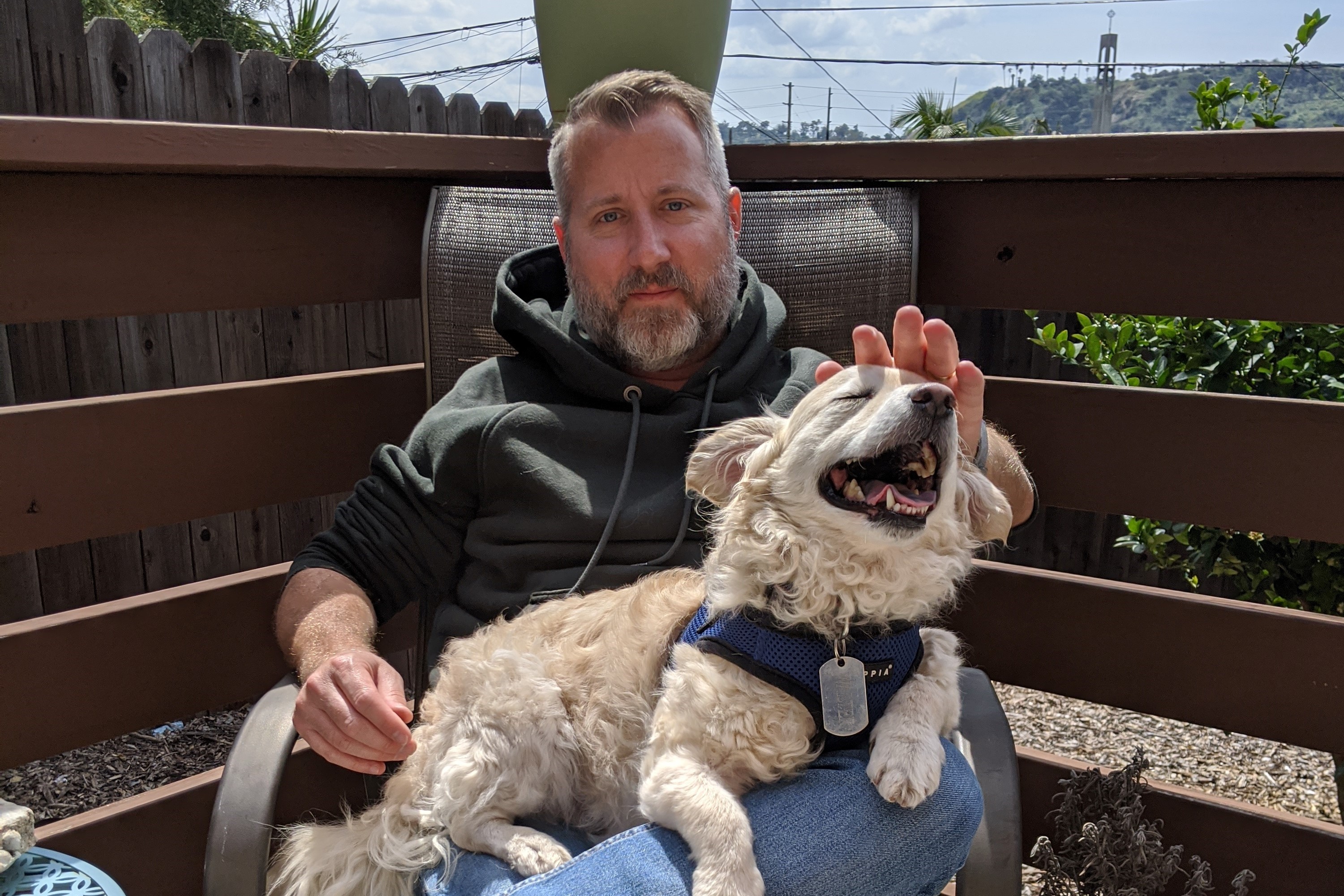 Gabriel Smalley began his career in organizing and activism in 2000 in his home state of Michigan, and in the last 9 years, has focused exclusively on digital outreach and campaigning. as a digital specialist, he helps clients with comprehensive long term campaign planning which integrates all the key elements of digital outreach, including targeted advertising, social media, email marketing, copy writing and editing, engagement strategies, online fundraising, and everything in between. with a background in field organizing, he's able to help coordinate outreach efforts across online and offline channels to help bring greater success to both programs. he enjoys working with folks who have a clear and passionate vision for how we make the world a better place. He currently lives in Los Angeles where he enjoys tacos and hanging out with a scruffy terrier named buck. 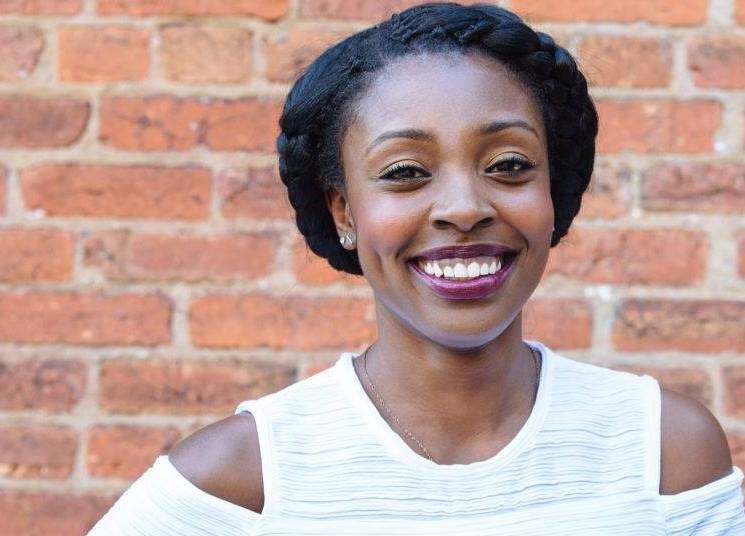 Nina Smith is a battle-tested communications strategist with more than a decade of experience in political communications. Most recently, Nina served as traveling press secretary for Pete Buttigieg’s campaign for president, where she coordinated on-the-ground interviews, briefed the candidate daily to ensure message alignment, and advised the candidate on messaging on the road and in real time over the course of the campaign.

Prior to joining the Pete for America team, Nina was managing partner at​Megaphone Strategies​-- a not-for-profit, women-owned social justice PR firm that launched Stacey Abrams' run for governor, helped elect Deb Haaland to Congress, trained frontline organizers with the Indigenous Environmental Network, Black Lives Matter Network and the Movement for Black Lives, and launched the She The People and The Collective PAC's organizations and brands during the 2018 cycle.

Smith has represented top officials at the local, state and national levels. She served as deputy press secretary in the Obama Administration at the U.S. Small Business Administration, and has worked as publicist for TheRoot.com. She also served as press secretary for the U.S. House of Representatives Committee on Financial Services, under Ranking Committee Member Congresswoman Maxine Waters (D-CA). She spent four years working in Maryland Governor Martin O’Malley’s communications shop, and later served as chief spokeswoman during his second term. Born and raised in the D.C. metro area, she is a proud graduate of Morgan State University.